Throughout movie history, there has always been the unwavering tradition of adding movie stars into films, but not as titular roles. Instead, the star will usually make a brief, sometimes comedic appearance in the movie, playing himself, or reprising a famous character. Notable examples include Chuck Norris in Dodgeball: A True Underdog Story, Sean Connery in Robin Hood: Prince of Thieves and Christopher Walken’s famous Vietnam army watch story in Pulp Fiction. However there are countless others, and here are just 5 of my favourites.

WARNING: THE FOLLOWING MOVIES ARE NOT FOR CHILDREN. 9+ VIEWER DISCRETION ADVISED. IF THINKING OF WATCHING ANY OF THE FOLLOWING AT LEAST 13+ AGE ADVISED 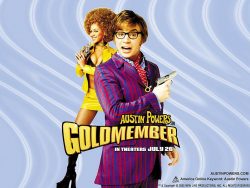 To kick off my list comes the hysterical lineup of superstars, that cameo in the beginning of Mike Myers’ outrageous James Bond spoof: Austin Powers in Goldmember. The film opens up with what we assume is Mike Myers-Austin Powers, making a daring escape in his exaggeratedly patriotic car (decorated with the Union Jack). After dispatching a few henchmen and an armed helicopter, Austin Powers is revealed to be played by none other than… Tom Cruise.

What follows is a completely ridiculous opening number, in a gag which replaces the stars of the original Austin Powers movies, with extremely well known actors. With Kevin Spacey as Dr Evil, Danny Devito as Mini Me, John Travolta as titular villain Goldmember, Gwyneth Paltrow as stereotypical “Bond Girl”, the film even goes as far as bringing in Steven Spielberg as the fake director to the movie. With such a stellar group in this cameo, it’s a pity the rest of the movie did not continue with the actors playing their fake parts. A worthy addition to the list. 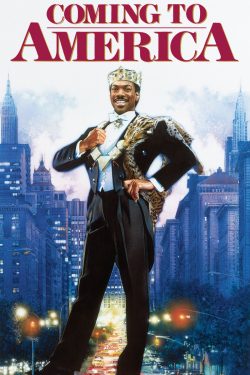 Everyone remembers Trading Places. This excellent film about role reversals starring Dan Akyroyd (Ghostbusters), Eddie Murphy (Coming to America, Norbit) as well as Don Ameche and Ralph Bellamy as the egotistical, selfish Duke brothers. -SPOILER ALERT- The movie ended, as most movies do, with the heroes winning and the villains losing, which in this case meant the Duke brothers going bankrupt. And that was the end of that. Or was it?….

In Eddie Murphy’s movie Coming to America, Murphy plays Akeem, a spoiled African prince who seeks to find a wife in the poor district of Queens. Acting as a poor man who works in a hamburger bar, Akeem meets the woman of his dreams. On a night time stroll, Akeem, starting to realize that money isn’t everything gives his friend’s “pocket money” (nearly 6,000 dollars) to two nearby hobos. However, in a brilliant directing move, the hobos turn out to be none other than the bankrupted Duke brothers, who gleefully accept the money with a cry of “we’re back!”. Not only is this cameo surprising and funny, but the thought that Murphy’s Akeem co-exists with Murphy’s Billy Ray from Trading Places is mind boggling to the extreme.

3. Christopher Lloyd: A Million Ways to Die in the West. 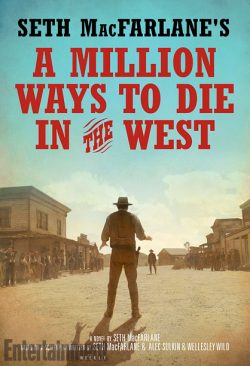 Cameo Starring: Christopher Lloyd as Doc Brown (Back to the Future franchise)

Though I have not actually seen the movie, watching the trailer in the Cinema told me one thing. This movie was full of cameos. From Jamie Foxx (Django Unchained), Ryan Reynolds(Deadpool) and Bill Maher to more recent faces such as Kaley Cuoco (Big Bang Theory) one excellent cameo stood out from all the rest. Remember Robert Zemeckis’ Back to the Future 3, which was set in the West? If you don’t, this cameo will certainly remind you. Seth McFarlane’s (Family Guy) cowboy character is riding home one night. Suddenly a nearby barn lights up with a blue light, and the sounds of machinery can be heard. A curious McFarlane rides up to the barn and opens the door, where a suprised Christopher Lloyd hastily covers what is clearly a DeLorean with a sheet.When asked what the car is by a unsuspecting Seth, Lloyd sheepishly responds that it is a “weather experiment.”

An amazing cameo, not only is it brilliant (if you haven’t figured it out yet Lloyd is cameoing as Doc Brown living in the Old West from Back to the Future 3) but also hilarious, as this cameo is something the audience never saw coming. 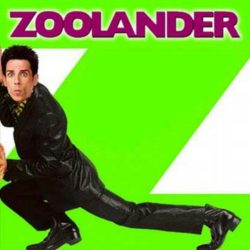 Cameo Starring: David Bowie, as himself

David Bowie was one of or the greatest pop icons of all time. A musical genius, Bowie’s talent did not land short of the silver screen, and Bowie was an extremely talented actor (as seen in Labryinth, where he portrayed the Goblin King). In Zoolander, Ben Stiller, in the pop culture milestone which satirizes the world of modelling, plays forgotten model Derek Zoolander and takes part in a walk off against younger model Hansel (Owen Wilson), in a ridiculous sequence which parodies real-life cage fights and underground fight clubs.

When a judge is asked to step onstage, none other than David Bowie himself stands up. Even though the rest of the scene is outrageously funny (Hansel winning by removing his underwear without taking off any other item of clothing), it’s David Bowie’s surprising and completely random cameo that steals the scene, leaving audiences everywhere wondering “what the hell was that?”

1. Stan Lee: Every Marvel movie ever.

Everybody knows Stan Lee. The legendary creator of Marvel Comics, who completely innovated the world of fiction by creating a coulorful, exciting universe filled with characters as iconic as Captain America and Spiderman, to those as obscure as The Guardians of the Galaxy and Dr Strange. Thanks to Marvel’s booming sucess in the graphic novel industry the company, under the guidence of CEO Kevin Feige and Disney has produced some of the best superhero films yet. However they all have one thing in common. They all contain Stan Lee. 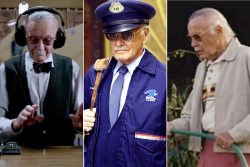 Thats right. Stan Lee has appeared in every Marvel film to date, cameoing as a variety of different personas. He has even gone as far as making appearances in the Fantastic Four films (except for the atrocious 2015 version) as well as a the X men films. Stan Lee’s cameos are both highly anticipated, completely unexpected and hilarious at the same time.

Some of his best moments include a librarian oblivious to the battle raging behind him (the Amazing Spider man) a guest trying to get into Mr Fantastic’s wedding (Fantastic Four: Rise of the Silver Surfer) a FedEx delivery man (Captain America: Civil War) and a club DJ (Deadpool). His appearances not only fill a cinema hall with cheers, but also shed a lighter mood on the film, and provide genuine comedy relief. His interactions with characters from the MCU, which sometimes even influence the plot, have even led some fans to believe that Stan actually plays the embodiment of Marvel Character Uatu the Watcher, a being that observes the universe, and sometimes interferes slightly in its course, even though he is not supposed to. It may be questionable, but one thing remains: Stan the Man’s cameos are by far the best in cinema history. 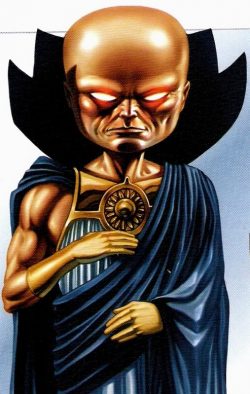