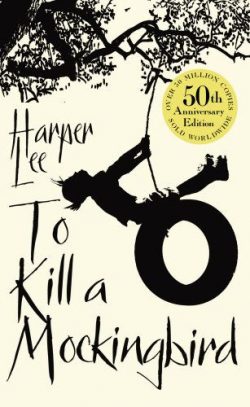 This interesting and original novel written by Harper Lee tells a story based on true events which takes place in the “deep South” of America in the 1930s, where racial prejudice planted its seed in the minds of most of the American population. From this racial prejudice came injustices such as lynching and lack of rights, all of which are touched on in To Kill a Mockingbird. 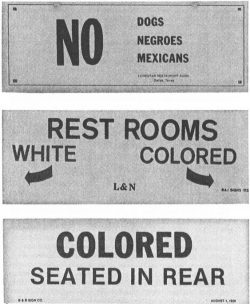 The story is told from the perspective of a young girl, Jean Louise Finch (otherwise known as Scout) who happens to also be the protagonist of the story. She lives in a town called Maycomb in Alabama with her elder brother, Jem, her father, Atticus, and their nanny, Calpurnia .

The novel’s plot revolves around a trial, in which a black man, Tom Robinson, is accused of raping a white girl, and of course, as the village is populated by racists, it will make the trial infinitely more challenging for both Tom Robinson and his defence lawyer, Atticus Finch. Personally I like he character of Atticus because he is not only one of the non racist characters but he is also understanding and will take all the blows for Tom Robinson without giving up on him. He is an example of how to be brave without violence,  understanding the flaws of others and yet not letting social pressure prevent you from doing the right thing. Atticus is the only person who stands up for Tom Robinson and takes it upon himself to combat the racism in Malcomb.

The story also has various sub plots, most of which concern the young protagonist, such as the schools and education system in Alabama, the nasty confederate old woman whose passion is to criticise Atticus for his decisions, and the mystery of the seemingly dangerous Boo Radley who has never been seen outside of his house after an incident long ago.

One summer, a boy called Dill came to visit the Finches at their house and was intrigued by the Boo Radley stories, he soon rekindles Jems’ and Scout’s enthusiasm regarding the Boo Radley stories and they find themselves in many adventures and much trouble as they try to find out what really happened and how he looks.

The other important subplot is about school life, it is here that we are introduced to the nursery teacher Miss Caroline fisher and some of the most influential families in the story such as the Cunninghams, a dirt poor family who don’t accept what they can not repay yet take pride in their actions, and the Ewels, a dirty bunch of ignorants who accuse Tom Robinson of rape.

I would recommend it to any readers that like suspense and deep, important messages in the books they read.

Pablo L.C. (13 años): “In times when blacks suffered prejudice, and people spelt negro with two g´s, To Kill a Mockingbird speaks out a message akin to what has been said by pioneers for black rights such as Nelson Mandela and Martin Luther King j.r. That a black man is as good as any white man, and that a white man has all the right to stand by a black man, regardless of color of their skin. Nowadays, in a time in which we have grown more aware and embraced this message as something perfectly normal it does not seem particularly new or revolutionary. But it was. Not only does Harper Lee convey this, but it is delivered throught the perfectly innocent view of tow children, Jem and Scout. All in all Harper Lee manages to convey a true, stark depiction of the injustice of racial prejudice, and the struggle of one man trying to fight it, with a full pantheon of children, priests, lawyers, ignorant rednecks, blacks and southerners.”

We would also recommend you to watch the film, here Gregrory Peck, who plays Atticus introduces the book and film. Click here to watch the trailer. 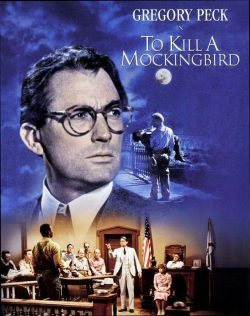 And we have also learned that script writer Aaron Sorkin and theatre producer Scott Rudin are preparing a play on the book to be opening in Broadway on 2017. Top of our must-see list!

This is the poem I, Jaime, wrote against racism, inspired by the book:

It was the great injustice
Which spread vastly in the thirties
Which started segregation,
Brought half a nation to its knees.

Like a cancer upon the land
Which struck hardest in the South
It affected every man
Left its scars on every house.

Most who fought back did fail.
Lynched, burned and forced to run
But this darkness did not prevail
The battle against it was surely won.

But don’t fall in a false sense of security
The darkness hasn’t gone away
It is still found in great minorities
Look around, it is still here today. 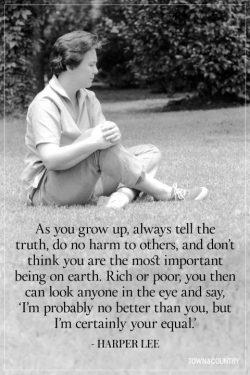 We have finished this post in memory of Harper Lee, who died today, 19th february 2016 in Alabama. Author of the world beloved novel To Kill a Mockingbird, her first and only novel until last year, when a sequel was published. We have not read the second book yet but we surely will. It is called Go Set a Watchman, if you have read it and would like to comment it, please do so on our webpage! It would be greatly appreciated.