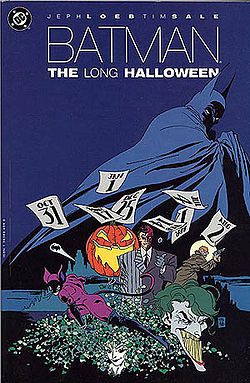 More than 3 months ago, near the end of the summer holidays, I acquired 50 euros. When I returned home, I decided to put my money to good use, and went to visit my local comic book store, Keystone Comics. Having arrived at the shop, I looked around for a good 5 minutes until a special issue caught my eye. Batman, The Long Halloween, by Jeph  Loeb and Tim Sale.

After purchasing the book and reading it at home, I was quite frankly blown away. The story was like nothing I had ever seen before in a comic book. Gone were the 7 odd pages dedicated to characters punching themselves senseless, replaced by panels questioning morality, ethics and the boundaries between good and evil. New characters were expanded upon, such as the Falcone crime family (seen in Christopher Nolan’s Batman Begins and mentioned in Batman: Year One), as well as the Maroni, which brought an extremely interesting and delightful Godfather-esque touch to the book. 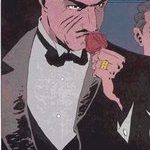 As well as these crime families, was the genius addition of two never before seen characters, Julian Day and the Holiday killer (whose identity I will not reveal). Julian Day the Calendar Man was a name I had only heard in Rocksteadys Arkham, Origins videogame. The Long Halloween reveals him to be a serial killer who would kill his victims on specific dates of the Calendar, giving him his name. A very Hannibal Lecter-type villain, he is a striking figure, with a bald shaven head, muttering rhymes under his breath as he stands in his cell, covered with ripped-out pages of a calender, becomes the Dark Knights main informant on the modus operandi of a new threat  in Gotham. The Holiday Killer. 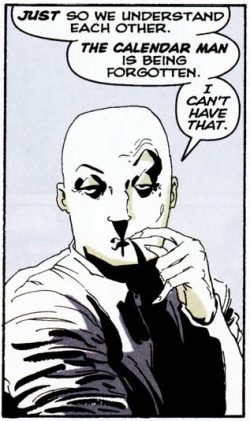 The Long Halloween brought what is probably one of the most bizarre and intruiging characters in Batman history to life. A killer, targetting the Falcone and Maroni crime families, killing members on specific holiday dates (Christmas, Mothers Day, Independence Day, Halloween etc)  leaving behind a gun with no prints, as well as a trinket to symbolize the holiday (such as a pumpkin for Halloween). The new edition of this villain will leave you tearing your hair out as you try and figure out who he (or she…) is. 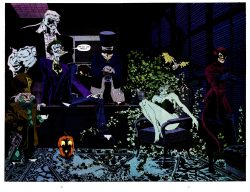 In my opinion what was probably the most welcome addition to this already thrilling book was the inclusion of nearly all of Batman’s Rogues Gallery. As well as chasing frenetically after Holiday and enduring Calendar Man’s endless list of dates, (and althgough there are some “in my opinion” odd character designs) you get the opportunity to spend Christmas with the Joker (also one of my favourite Batman The Animated Series episodes) 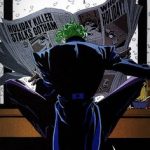 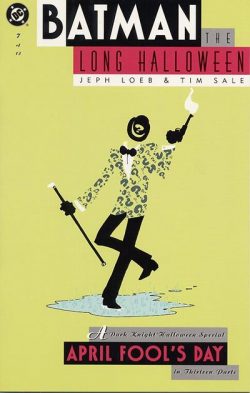 … as well as witnessing the horrific fall from grace of Harvey Dent, as a acid splash to the face renders the left side of his face horribly disfigured, which brings you a story jam-packed with some of DCs most twisted villains. 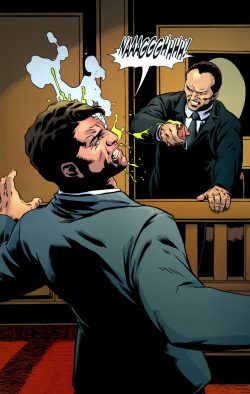 Originally planned as a sort of continuation of Loeb and Sales’ Haunted Knight, Batman: The Long Haloween, as well as its sequel Dark Victory have made their way into the annals of the Dark Knights history, establishing itself as one of the most iconic Batman stories of all time.

So, have a happy holiday with this outstanding book, The Long Haloween.