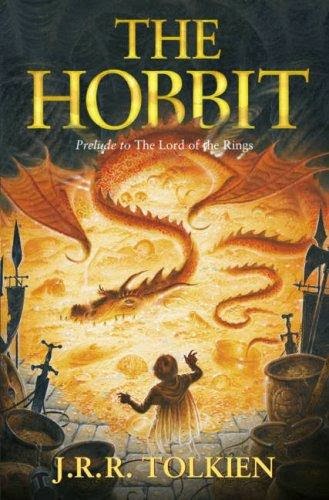 “In a hole in the ground there lived a hobbit.”

The above is the sentence that Mr Tolkien wrote on a blank page while the was engaged in the “soul-destroying task” of marking examination papers. It was only after he had jotted this line that he felt the urge of finding out what story laid behind it, what was a hobbit? where did he live? what kind of life would he live?

We also find that the opening of this great novel is engaging and gives the sense of adventure and the thrill of what is to come:

“In a hole in the ground there lived a hobbit. Not a nasty, dirty, wet hole, filled with the ends of worms and an oozy smell, nor yet a dry, bare, sandy hole with nothing in it to sit down on or to eat: it was a hobbit-hole, and that means comfort.” 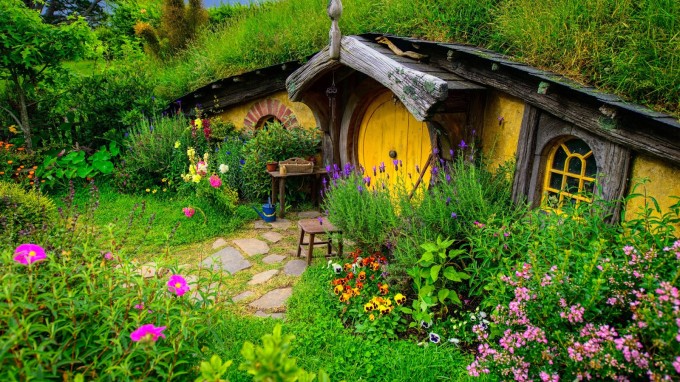 In fact we dare you to read the first chapter and not to continue until the end, even if you have seen the movies and know the story!

Pablo L.C.: “The Hobbit. What can I say about that book? A stupendous masterpiece, crafted by the imaginative mind of Tolkien. Join Bilbo Baggins, Gandalf and some thirteen dwarves on an epic quest for treasure and gold guarded by the fierce Smaug the Magnificent! Journey through a world of dragons, giant eagles, wizards, dwarves, elves, goblins, orcs, wargs, werebears and rock giants; giant spiders, trolls, hobbits and lots of battles (not to mention a giant dragon) and a creeping creature with a magic ring… All I  say is, welcome to Middle-Earth!”

The book is being brought to the cinema in three parts, the first one was out December 2012, The Hobbit, the Unexpected Journey. We watched it and it was just unbelievably awesome! If you would like to see the trailer, click here. 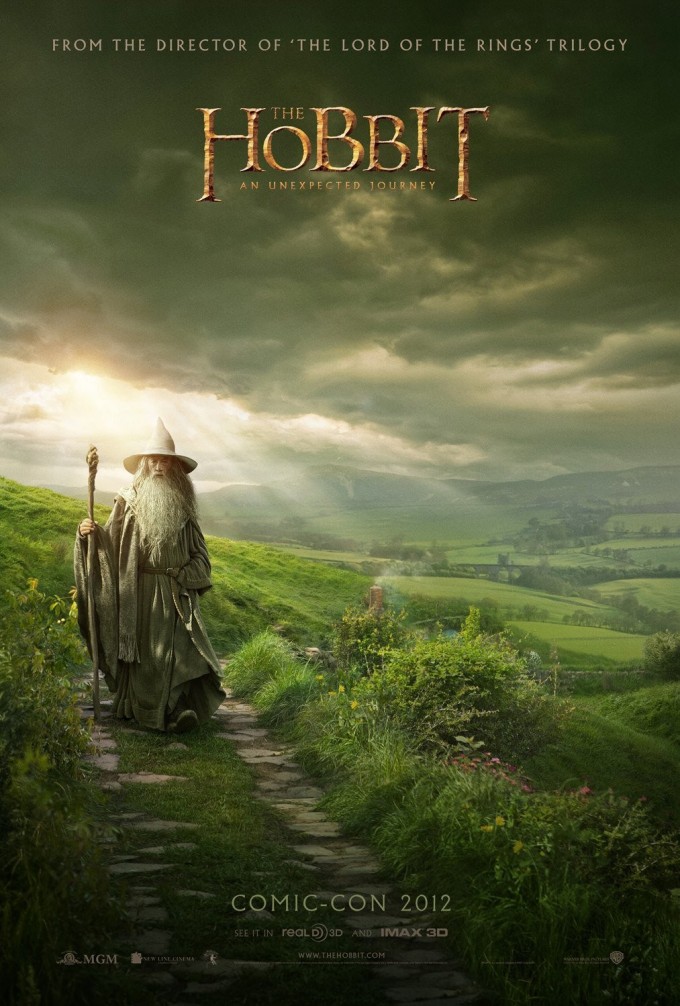 Jaime L.C.: “The movie and the book were both really good, the story is mysterious and you can´t take your eyes off both the movie and the book ,also they are planning to add a character from the Lord of the Rings… It´s Legolas everyones favourite immortal warrior, but that´s not all, they are going to reveal what happens when Gandalf finds the necromanser and much, much, more .”

Pablo L.C.: “My dear Frodo…, the minute I heard this phrase I was glued to my seat. The Hobbit starts off in the wonderful, picturesque, springtime wonderland of The Shire, a place where we all wish we could go. Soon Gandalf arrives, has a quick chat with Bilbo, (wich makes the hobbit run into the safety of his hole) and  begins to graffiti Bilbo´s door. Five minutes later, 13 rowdy dwarves with olympic style dishwashing skills, have dinner in and convince Bilbo to become a pickpocket, or as they call it, a thief. With wizards whose hair dye is bird poo, trolls with the secret ingredient of snot in their cooking and a goblin king with a flab beard and body issues, this is a funny, action packed film wich you will love”.

The second movie is called The Desolation of Smaug and it is out December 13th 2013. Click here to watch the trailer, if you would like to see a funny version of the trailer made with Lego figures click here

Daniel L.C.: “The movie is completely amazing with all the action and fantasy. Even though you do not need to actually read the book (there is so much detail it extends on every little detail) it is still fun to know how the original story goes!“

As you know, The Hobbit is the prelude to The Lord of the Rings, you can have a sneak peek of this trilogy in Lego with this entertaining video made to a crazy song click here for funny lego video. And if you would like to see the Lego Lord of the Rings video game movie, click here 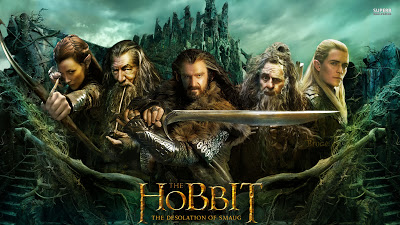 Pablo L.C.: If any of you would like to try writing a book, go ahead, I am writing a changed version of The Hobbit called The Midget:

It starts off in The Countryside, where a 3 foot tall coffe addicted midget, Balbo, is visited by famous explosionist Zap the wizard. He then has 13 rowdy, action loving, extremely rude dwarves visit him, who procceed to destroy his house. Balbo wakes up, reads a letter which ends with “we know where you live” and departs with the famous words “I´ve been blackmailed into going on an adventure!” He meets: snobby trolls, neat freak elves, action freak elves, snow giants, a were-elephant, boozy lake people, a weedy goblin king, alsatian riding orcs, hypochondriac spiders, a stupid dragon and a rock-paper-scissors loving craeature with a magic necklace.

Guaranteed to be funny!! 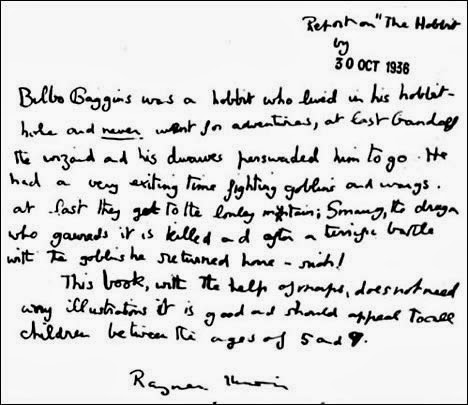 How old was the person who wrote the approving report on The Hobbit, leading to its publication? Have a guess…40?…30?…20?…Need a hint? look at yourself! Yes indeed, Rayner Unwin was a 10 year old boy who was given the manuscript of this fabulous novel by his father, a very wise publisher who believed, like Miss McHaggis certainly does, that children were the best judges of what make good children´s books.

This is the original report, for which he was paid a shilling:

“Bilbo Baggins was a Hobbit who lived in his Hobbit hole and never went for adventures, at last Gandalf the wizard and his Dwarves persuaded him to go. He had a very exciting time fighting goblins and wargs. At last they get to the lonely mountain: Smaug, the dragon who guards it is killed and after a terrific battle with the goblins he returned home – rich!
This book, with the help of maps, does not need any illustrations it is good and should appeal to all children between the ages of 5 and 9″.

Our blogger Pablo, our own fantasy expert, who has worked very hard to write this post whilst he was at home with a cold. We would also like to thank him for sharing with us the highlights of the book he is writing at school during lunch breaks.