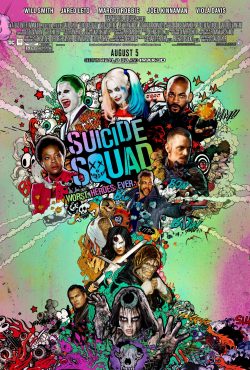 Since the release of Zack Snyder´s Man of Steel and Batman V Superman, the initiative of film releases known collectively as the DC Extended Universe has been regarded with scepticism. Man of Steel, though promising, was muddied by its dark and gloomy feel, as well as Snyder’s decision to have Superman destroy Metropolis and murder General Zod. Batman V Superman was more or less the same, its only saving grace being the spectacular debuts of Ben Affleck and Gal Gadot as Batman and Wonder Woman respectively. However with the long anticipated release of David Ayer’s Suicide Squad, things have changed for DC.
The Suicide Squad has a premise similar to that of popular WW2 based film The Dirty Dozen. The government ,(in this case an association known as A.R.G.U.S), having no use of supervillains and metahumans, decide to deploy them as a strike force for risky and unethical operations. In case the villains disobey, they are killed. If the mission goes wrong, the Squad is used as a scapegoat and A.R.G.U.S comes out clean. If the Squad succeeds, they are given reductions of their prison sentences. Either way is A.R.G.U.S who comes out winning. Led by the ruthless and near despotical Amanda Waller (Viola Davis) and made up of assasins, psycopaths, monsters and murderers, the Squad is a very different sort of team. 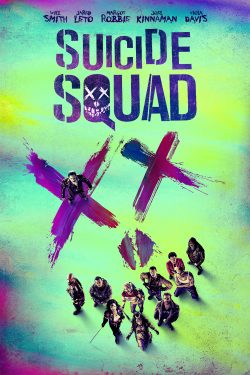 Much before its release, Suicide Squad had built up a “hype” to rival the one started by Star Wars 7. With the casting of A list actors such as Will Smith (I am Legend, Focus) and Margot Robbie (Tarzan, The Wolf of Wall Street) as well as artists such as model Cara Delavigne and a series of fantastically made trailers (not to forget the controversial ways Jared Leto prepared himself for the role of the Joker) Suicide Squad promised, and did deliver, a lighter, more macabre mood to the DC Extended Universe. Unfortunately, the hype does let the film down a bit , as is the case of most comic book films. So many fans each wanting this specific character to appear, wanting this character to wear that costume, wanting them to follow their favourite story arc and wanting the film to do what they want. Nonetheless in my opinion this does not justify the brutally unfair comments provided by some critics, to the point of some making appalingly exaggerated complaints that the film was “worse than torture” and that actors like Will Smith would become “C-list actors after starring in Suicide Squad”. Already the film has proved devisive, with the legions of fans of Suicide Squad mainting it as a cult classic and a film that “breaks the DC curse”. I agree. 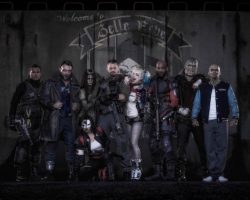 Suicide Squad is an extremely unique film. Bringing together characters from across the DC universe (both known and unknown) and making a team that makes the Expendables look like the Paw Patrol. Rather than going with dark and gritty, (which it is at points) Suicide Squad is insane and rip-roaring. With stunning visuals, brilliantly designed logos and a innovative use of neon lighting and bright colours, Suicide Squad banishes the oppressive, boring feel of other Superhero films such as Fantastic Four (2014). The cast makes a stellar performance. Will Smith’s Deadshot is both tormented and serious, yet his costume, abilities and place as the Squad’s leader make him an extremely likeable and “cool” addition. Margot Robbie is fantastic as fan favourite Harley Quinn, playing the deranged character with energy and enthusiasm and bringing a perky, fun and jokey Quinn to the silver screen, though powerful and sometimes disturbing flashbacks bring the character’s dark side powerfully into light. Oscar winner Viola Davis channels Amanda Waller’s tyrannical attitude perfectly, whilst Jai Courtney’s Captain Boomerang is as obnoxious, crude and cowardly as he is in the comics. By far the biggest surprise in the cast is the addition of Mexican supervillain El Diablo, who has the ability to control fire. Though at first seeming like a pacifist and a mild mannered villain to be in the Suicide Squad, his backstory is the most tragic, as it is revealed that if anything he is the most monstrous criminal of the group. A mass murderer and an arsonist that hides behind a fragile oath of non violence to try and escape his extremely dark past. Jay Hernandez brings El Diablo to life and makes one of the least known characters of the Squads roster one of the most tragic. 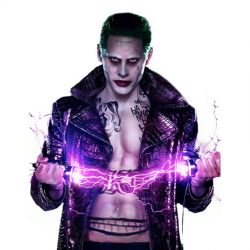 Last, but certainally not least, is Jared Leto as the Clown Prince of Crime. After a brutal period of trying to understand the character, Jared Leto’s efforts pay off, and brings a Joker to the screen that feels like a psychotic rock star and gangster rolled into one. All criticisms about the tattoos aside, to Letos credit he pulls it off, with a spectacular performance, particularly if considered that he had to live up to Jack Nicholson, Mark Hamill (voice talent) and Heath Ledger. With any luck, Leto will appear in more films and get a chance to really shine.  That aside, the chemistry of the team works very well, and character interactions do not seem forced or fake.

The film’s action is breathtaking, fast paced and energetic with a roster of weapons ranging from guns, katanas, boomerangs, baseball bats and knives  being used to full effect. Most interesting is the contrast of characters’ fighting styles, with savage punches and stabbings mixed in with athletic choreography. The special effects are top notch, particularly when used in Enchantress and El Diablo’s powers . Moreover, Suicide Squad benefits from a impressive soundtrack.  Songs such as the Rolling Stones’ Sympathy For The Devil, The White Stripes’ Seven Nation Army, Norman Greenbaum’s Spirit In the Sky, Black Sabbath’s Paranoid and Queen’s Bohemian Rhapsody (performed in the film by Panic! At the disco)  are used in the perfect moments to amplify and touch on the feel of a particular scene.

However, a film of this magnitude is not without fault. Too many characters means that many  are not touched on. Additions to the team such as Slipknot and Katana have little if no backstory whatsoever and if compared to the other actors, Cara Delavignes performance as Enchantress is dismal. The film also suffers a blow from its plot, which seems more Ghostbusters than Suicide Squad and hopefully the sequel (as the film has had a amazing run on the box office) will have more of a covert operations feel.  Jared Leto as the Joker is also not allowed to reach his full potential as it was revealed that the majority of his scenes were cut by director David Ayer. As mentioned before, hopefully the character returns in other DC Extended Universe films.

All in all Suicide Squad is one hell of a ride, and save for a few bumps, is a funny, action packed, extremely enjoyable film. The characters work well and the story (if a bit nonsensical at points) works as well. Best of all, Suicide Squad brings a whole new range of villains for the DC Extended Universe, and gives the potential for spinoffs and all matter of appearances of fan favourites such as Deadshot, and Harley Quinn. A vivid and colourful film. 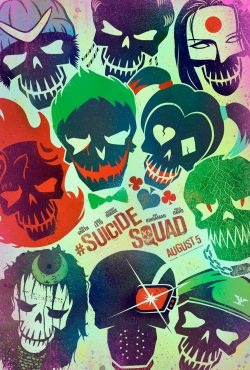