Recommended age: as from 12 years old 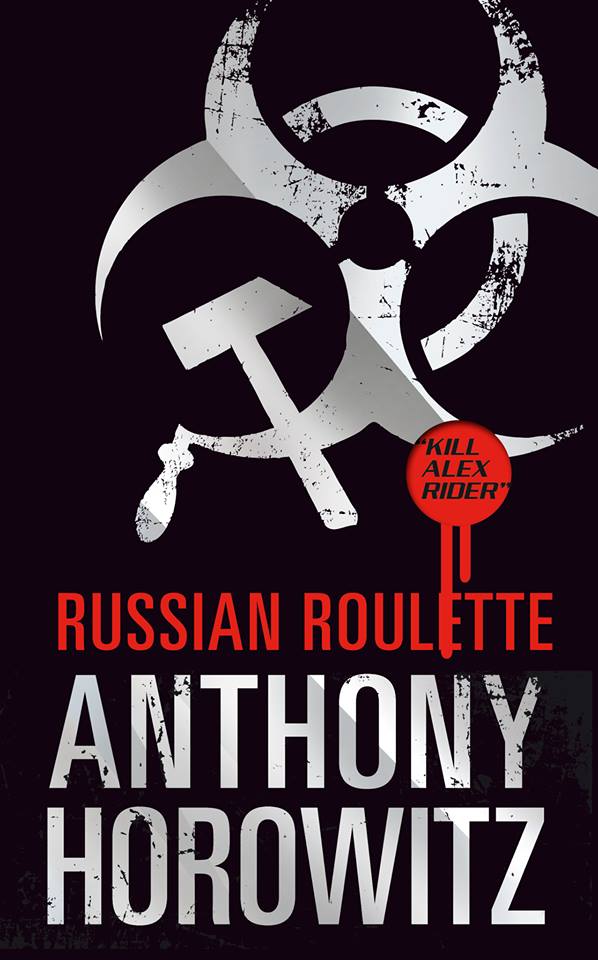 We begin our 12+ section with a preview of a book that will become an international best seller. Russian Roulette will be out in the bookshops tomorrow in UK but we have read it already and we assure you it is as thrilling and exciting as expected.

In fact, this book is so cool it even has a trailer!  Click here to check it out. 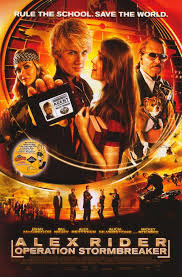 Jaime L.C.: “Yassen Gregorovich is a trained and hired assassin. One day he looks back at his past…. He was a 14 year old boy with a normal life, how could he become a killer? How did he lose his humanity? Find out in the book “Russian Roulette”.

Pablo L.C.: “If you have ever read an Alex Rider book you know what to expect: blood, shooting, deranged madmen and horrible tortures. Get ready for twice the action, twice the thrill and a whole lot of suspense as you find out all the secrets about your favorite assassin, Yassen Gregorovich. Discover how he met John Rider (Alex Rider´s father), how he joined Scorpia (a criminal organization which operates globally) and the story of his past, as you travel to France, Venice, Russia and England… and get ready for the spy book of the century!!”

For those of you who are not familiar with this series, let us introduce you to the youngest spy in the world, Alex Rider, a teenager who is an agent of the Special Operations Division of MI6. There is also a movie on the first book, Alex Rider: Operation Stormbreaker, Click here to see the trailer, (it is good, but nothing compared with the book).

Russian Roulette is the prequel to these books. The cold blooded and dreaded professional killer Yassen Gregorovich is given a very simple order: KILL ALEX RIDER, and here is when this story starts. But the book is also the story of Gregorovich´s life. You will be shocked to find out that Yassen (Yasha) was once a fine teenager like yourself, with a loving family, friends and a happy life. In fact, he was a kind, compassionate and brave boy. So, what happened in his life to turn him into an assassin?

Daniel L.C.: ” I like this book because it shows the life of the bad guy instead of the good guy, and it also shows how the fourteen year old Yasga is transformed into the expertly trained hired killer Yassen Gregorovich. Be prepared for things you would never expect a child to do, like surviving a perfected chemical gas break out or being on the run from the Russian police. Epic!!”

If you have seen some of the James Bond movies, then you know what we are talking about: powerful criminal organizations, deadly weapons, and missions that give a new meaning to the word impossible. 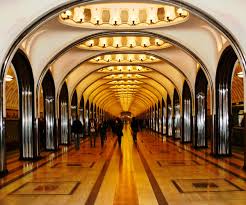 One of the good things about spy books and movies is that they take you around the world. In Russian Roulette you will visit very interesting places like Venice, Paris, New York…and of course, Moscow. We have chosen this destination to take you on a visit to its underground stations.

No, we have not made a mistake, we have not selected the Palace of Versailles pictures in our computer files by error. This is the Moscow Metro!!

There is a reason for his extravagant and luxurious architecture. To understand it you have to think of Russia not as it is now but as part of the former USSR, under the rule of Stalin, its powerful and iron-fisted leader. The Metro was built to be admired, as part of the propaganda of his regime and himself.

So now you know, if you want to describe a very luxurious place, you can always compare it to an underground station…do add “from Moscow”!! 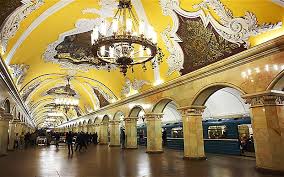 Here is how Anthony Horowitz does it:

“The central light was a chandelier, hundreds of crystals twinkling brilliantly like a firework display. It made the lights I had seen in the Moscow Metro look cheap and gaudy.”

To our beautiful local bookshop, Wimbledon Books and Music. They support our reading blog with their great suggestions on new titles and by providing us with uncorrected copies of books so we can have our reviews ready for you before the book is even out for sale.