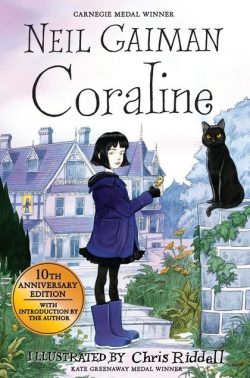 – G.K. Chesterton. Quote chosen by the author to introduce the book.

Summer holidays can be tedious if you have no friends around, you read your books, watch tv, chat with your crazy neighbours… Of course, if you are an explorer at heart as Coraline is and you have just moved to live in a creepy old house with a creepy overgrown garden, you explore. 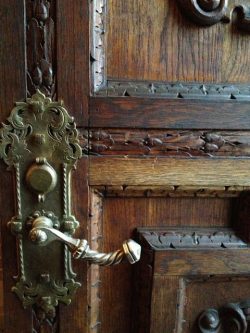 But the question is, what would you do if you happen to find an old carved brown door which, even though it leads to a brick wall, is kept locked? Would you take the advice of some mysterious circus mice who specifically warn you NOT to go through the door? Now, this is what you should ask yourself if you are considering reading this superb book. If the answer is ‘Sure, I would not doubt it for a second’, then pick up the book and enjoy. Otherwise, keep browsing through our web page, there are many other stories that you will find more suitable.

You have been warned!

Jaime L.C. (12 years old): “This book is about a girl that finds her perfect family behind a mysterious door. The family is just like her normal one but changed for the better… well, they would be if they did not try to sow buttons in her eyes and trap her forever. I would recommend it to younger readers on Halloween if they want to get a spook and an awesome recurring nightmare about those creepy demented voices that sing in the scariest way possible, I mean, those things scare the living hell out of me, and I am twelve!!!”

So, there, if you are interesed in quantum physics, maybe you won´t have such a difficult time understanding the parallel world and family Coraline finds in her own house. She will need to use all her wits and courage to get herself out of this mysterious mess and return to her real family.

Oh! and just an idea, if you get a bit scared whislt reading, hold on to a funny thought. I have chosen that of the mice circus 🙂 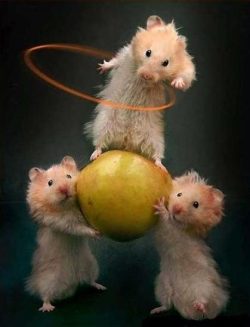 Pablo P. CH. (9 years old): “I think that Coraline was a marvelous book. Well, it’s not the best book I  have read in my life, but I enjoyed reading it. If you like spirits, ghosts, imaginary worlds and those things, you will love this book. One of the things I liked most about this book is the idea, it is very imaginative and I really don’t know how the author came up with it. Another thing that I liked about the book were the characters. The author must have a massive imagination because the characters are… special. I liked it very much and I really recommend it.”

There is a film based on the book, click here to watch the official trailer. 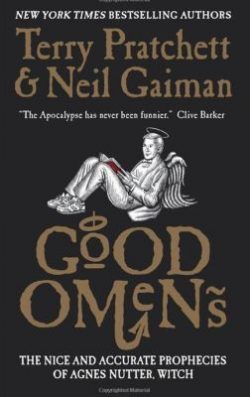 Pablo L.C. (13 years old): As well as being  famed for his horror and noir style of writing, as well as his graphic novels such as Sandman, Neil Gaiman was also was a very close friend of the late Sir Terry Pratchett. However the two did not do any works together, until they decided to write a collaboration named Good Omens, (recommended age: as from +12) about the end of the world, incorporating Neil Gaimans dark, horror like genre with Pratchett’s, witty, humorous style of writing.

The process of writing the book is described by Pratchett as “me and Neil shouting excitedly down the phone alot”, but the result culminates into a fantastic novel (future post to come).

Both were very good friends, and shared the same tastes, as well as being fans of each others work. They both admired each other, though Pratchett describes Neil as “not a hat man”, due to Gaiman wearing a extremely battered hat to a dinner meeting between the two.

Neil Gaiman as with many, payed his respects to the late Pratchett when he passed away.

Pablo P. CH., who likes reading a lot, playing golf, tennis and basketball. He is 9 years old and has a younger brother. Pablo and his family live in Madrid.

You are invited to visit our Facebook page La biblioteca de Miss McHaggis, this week we will continue discussing the book.