Recommended age: as from 15 years old. 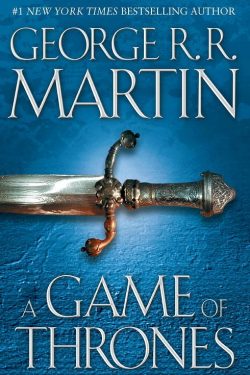 A Game of Thrones is a epic-fantasy novel and the first of the saga of A Song of Ice and Fire.

The novel is set in the fictional country of Westeros, where the North is separated from the rest of the continent by a gargantuan Wall of ice (to keep out wildlings and barbarians) and summer and winter can last a few years or entire decades.

A Game of Thrones tells the story of a complex political struggle between nine great Houses for power and the iron throne of Westeros. Told mainly from the point of view of House Stark and Lannister, the book follows the interactions between different characters from the diverse families and in two subplots, the rise of Daenarys Targaeryn, the Mother of Dragons and the return of ghoul like creatures named White Walkers and their interactions with Jon Snow, a member of the Night’s Watch and Lord Stark’s bastard.

A Game of Thrones is a fantastic and superbly written book. It captures the complexity of its setting perfectly and evokes strong and powerful themes of betrayal, murder, friendship and survival. Its cleverly formulated and intricate political aspect reads much more interestingly than a run-of-the mill “sword and sorcery” novel and Martin’s characters are colourful, vivid and unpredictable. There are no clear black and white alignments for the characters. Additionally Martin transmits the more suspensful, tense and surprising moments with great eloquence and ensures that the book never gets bogged down or becomes too boring (though chapters revolving around Daenerys are often slow).

Martins historical knowledge and his extensive research of medieval culture helps to make Westeros’s fictional setting verisimilitudinous. I would strongly recommend A Game of Thrones to avid readers of both fiction and nonfiction, though not to those of a faint disposition. Martin’s harsh, gritty world can often be extremely disturbing and shocking, especially if the book is mistakenly viewed as similar to works like Harry Potter and the Lord of the Rings.

A Game of Thrones will challenge your expectations and perceptions of characters actively, forcing you to truly consider decisions, implications or the ethics behind certain actions in the book. The wide array of historical, fantastical and other themes will immerse the reader and all in all will make A Game of Thrones a novel that will ensure that you see the world of Westeros all the way to the end. 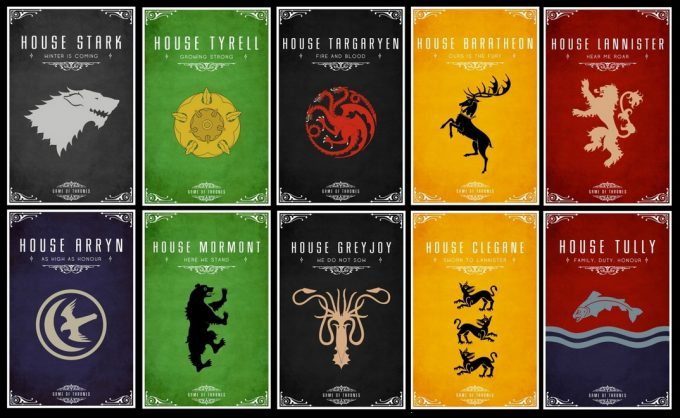 Daniel Lacalle (14 years): I really found this book entertaining and immersive for a great number of reasons, one of them being that there is a large amount of  main characters which are all developed extensively, and all have their perks and their flaws. You will find yourself debating on which of the characters is your favourite, and will see that your opinion on them will fluctuate as they uncover secrets or unknown aspects of their personality. This and the fact that there is a large amount of lore that you can look up on, really is the reason why I found this book impossible to let go, and quite frankly, addictive.

A Song of Ice and Fire, as many of you will no doubt know, has been adapted into HBOs smash hit tv series Game of Thrones, which has rapidly become a major staple in pop culture, with it’s excellent writing, acting and visuals, making it monstrously succesful and one of (or the) most viewed and followed TV show currently airing (especially since the Walking Deads reputation went down the drain with Season 7). Though there are a few changes, (logo designs, character names etc) the show remains largely faithful to its source material and is a love-letter to all fans of the series.